Want to play some hidden gems on consoles? We produce articles and videos: mostly retro, mostly indie but totally 100% gaming!

Imagine this: you’re an ordinary person, working 9-5 and extremely tired and fed up with your office cubicle life. Until one day you decide to open the letter your grandfather gave you on his deathbed, saying you can only open it once you’re ready to start anew. Inside you find documents for the ownership of his old farm. The player then travels forth to Stardew Valley’s Pelican Town, and settles there. This is the premise of developer Eric Barone’s aka ConcernedApe’s creation Stardew Valley.

Stardew Valley came out on the PC in February 2016, and was later introduced to platforms like the Xbox One and Playstation 4 last Christmas. Co-operative multiplayer gameplay is supposed to become reality this year. On the gaming community site Steam alone according to Steam Spy, the game has sold over two million copies and made even more money than the infamous Call of Duty: Infinite Warfare. Produced by Chucklefish and developed by a single man alone over the course of four or so years, Stardew Valley is a RPG farming simulation game that, no pun intended, goes deeper than just planting parsnips. I’ve often times found myself farming melons and processing milk into cheese like there’s no tomorrow only to realize it’s already 6AM.

The game itself has sandbox elements and the end is open-ended, meaning that it’s up to the player how they play their game. In one in-game day, the player must divide their daily energy to do various tasks such as watering their crops, chopping wood for items or farm building upgrades, and mining for resources. Crops can be sold as is, or they can be processed into different artisan goods such as wine or pickles to further raise their value. One year consists of the four seasons, each lasting for 28 in-game days. Scattered throughout the seasons of the game are NPCs’ (non-playable characters’) birthdays and various events such as the valley fair and the game’s own take on Christmas called the Feast of the Winter Star. You will also be prompted to help out townspeople, make donations to the local museum and to restore the Pelican Town community center. That, or you can become a Joja Corporation sellout, which is the biggest competitor of the town’s local shops, and sadden the town mayor. None of this is mandatory and you can always live a secluded life, but becoming a beloved farmer among the townsfolk definitely has its perks.

Soon you integrate into the pace of the town check on the traveling merchant on Fridays and Sundays, watch the cooking channel every week, and remember to buy your seeds on Tuesdays because Pierre closes his shop every Wednesday.

Each character has an intricate backstory which will be revealed to the player as they get closer to them by helping them out or giving them gifts. Ranging from PTSD to depression, the sometimes surprisingly dark themes are to me personally relatable and handled beautifully. Some of the characters are available for marry as well, and any of which you can woo regardless of your character’s gender, which is great! Even divorce and adoption are options for further immersion. 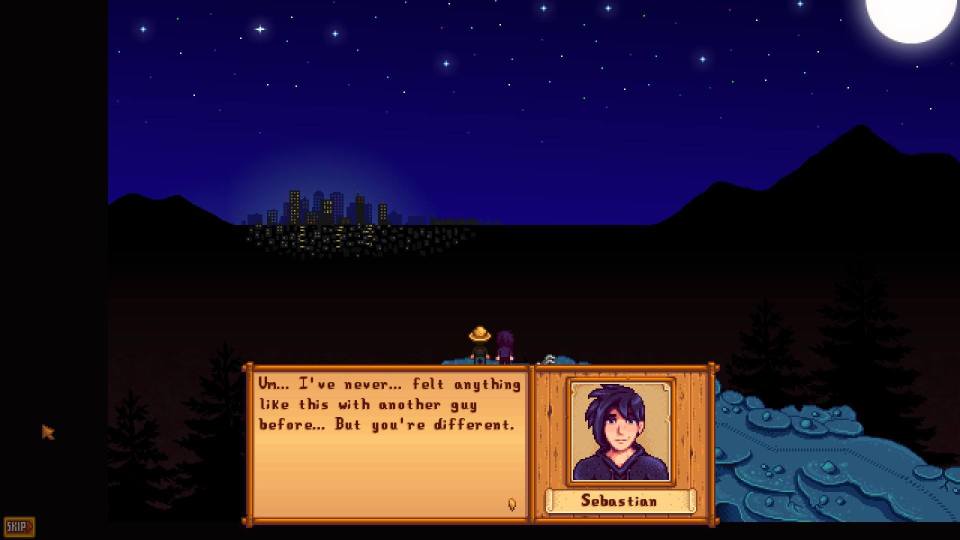 Executed with charming pixel graphics, Stardew Valley is the imaginary successor to the popular and hauntingly similar to the Harvest Moon franchise. The music is catchy and changes every season, and it’s hard to believe that everything in the game was made by one man. I admire Barone’s efforts and can only hope that I can achieve the same heights at some point in my life. I personally could and have put hundreds of hours of gameplay into this game. Stardew Valley is, in its own heart-warming way, oddly therapeutic and great stress relief. The plot itself is a reflection of how we often feel in our everyday lives – sometimes one just needs to lay back and water some cauliflowers.

There was an error retrieving images from Instagram. An attempt will be remade in a few minutes.